COVID-19 cases continue to rise in the Southern United States 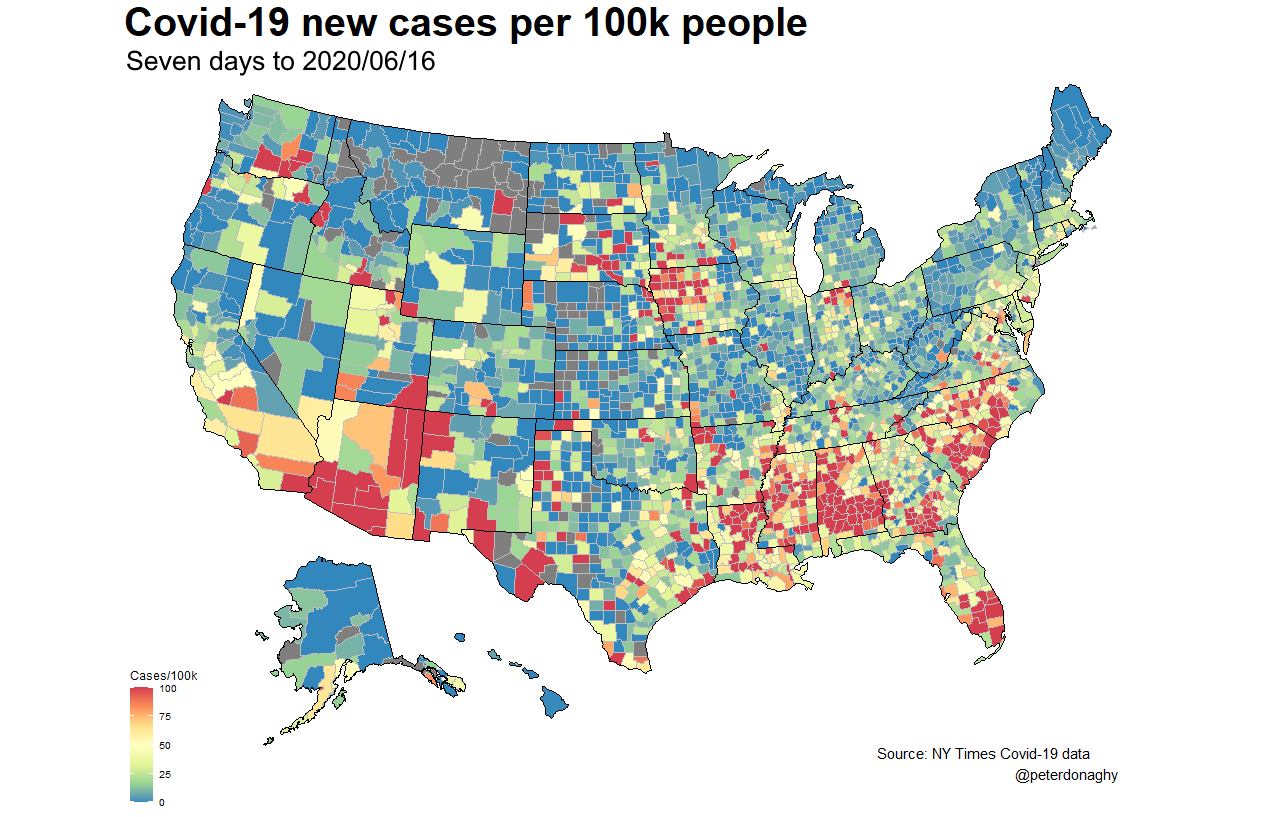 The counties shaded red are counties where the number of new cases in a week exceeded 0.1% of the county population. The largest region of red counties was in Mississippi, Alabama and Louisiana. The majority of Arizona's 15 counties (eight) were also red; other areas with significant numbers of red counties were found in South Florida, the Carolinas and Iowa.

The maps below show how growth in the number of new cases has changed over the last four weeks. The number of new cases in the Northeast has continued to fall. In the rest of the country, however, the number of blue counties (counties with fewer than ten cases per 100,000 people per week) has fallen, whilst hotspots in the South and Western United States have continue to grow. 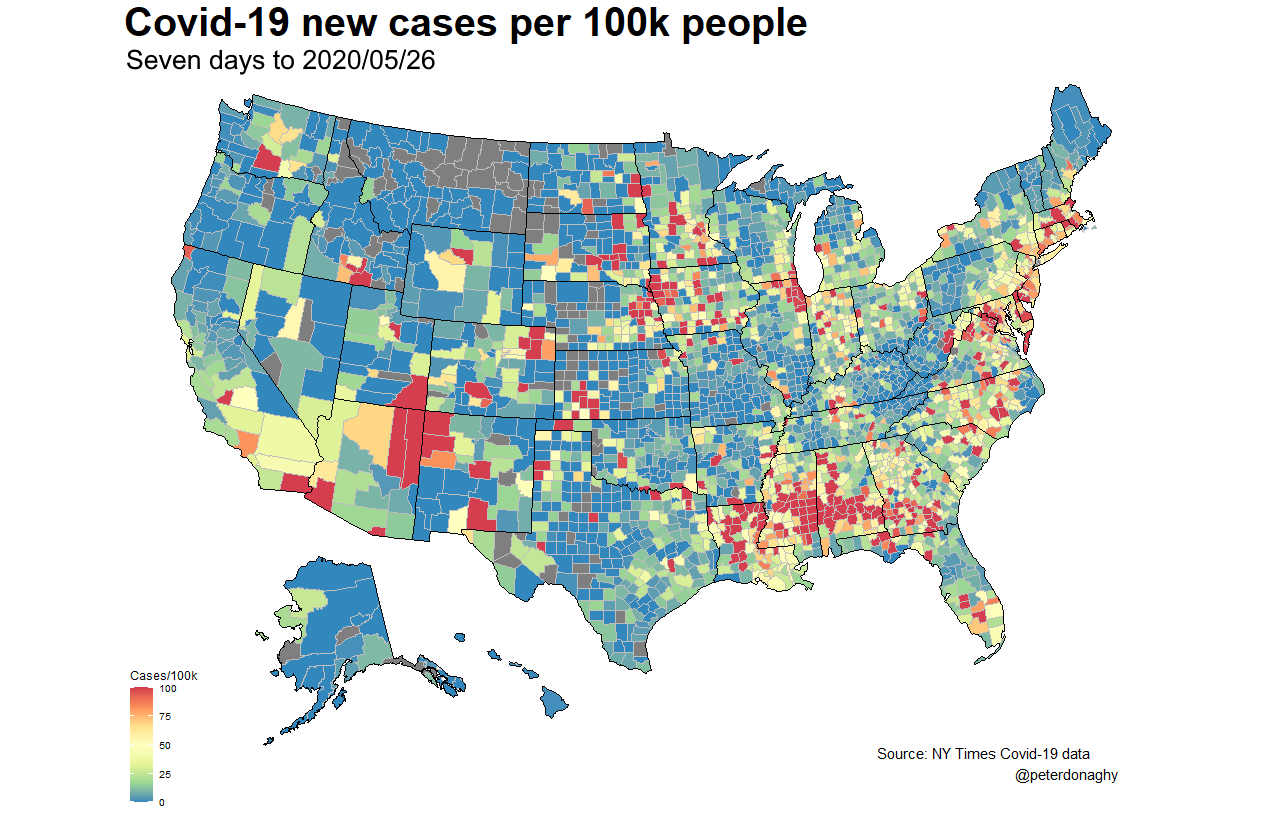 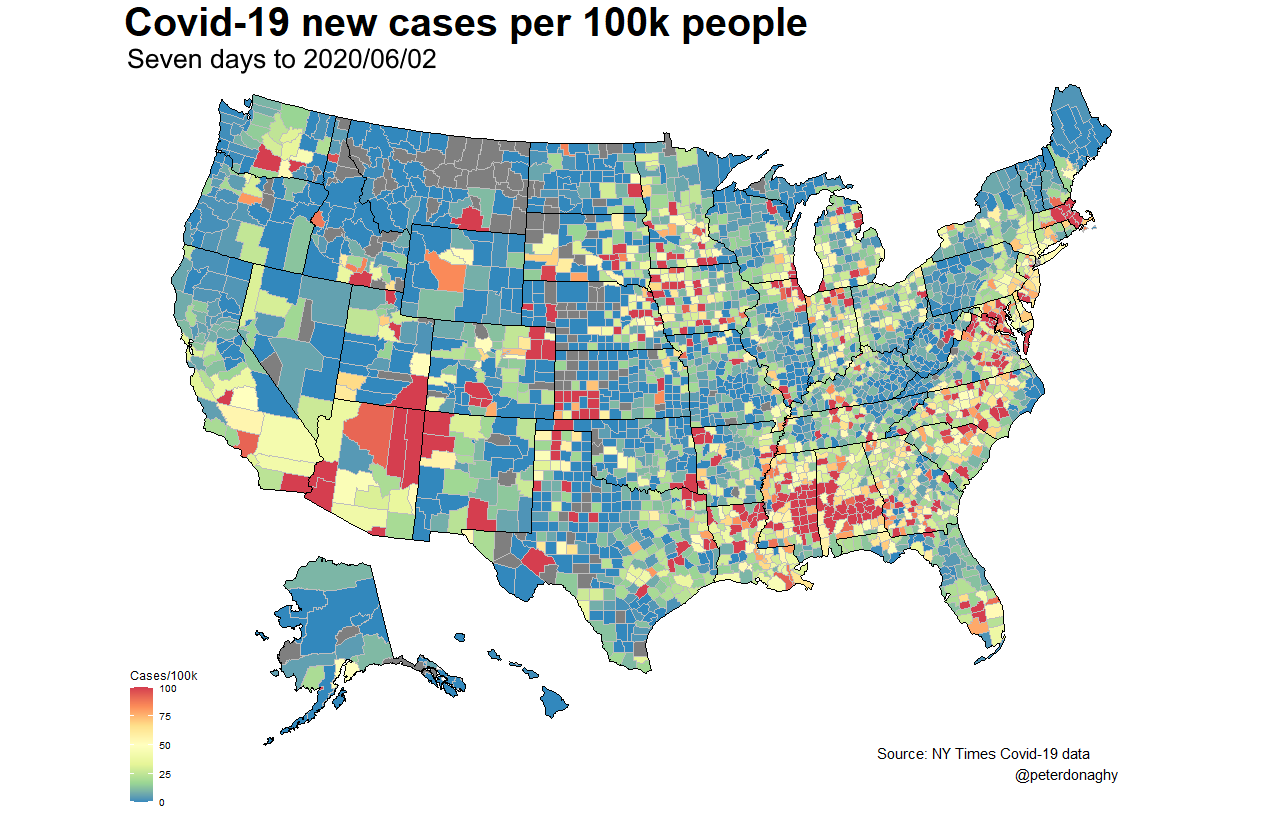 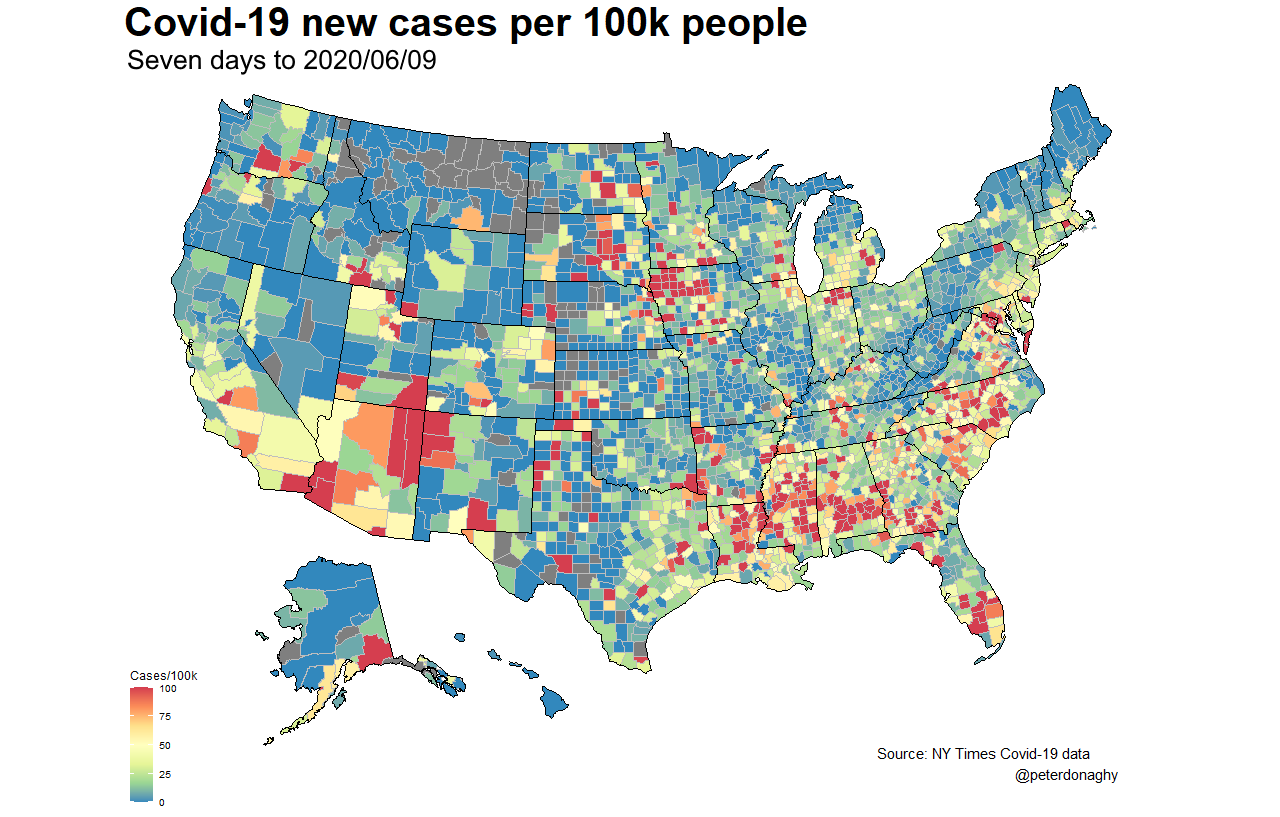 The map below shows the number of cases by county for the seven days to 10 April, around the time of the peak in New York. At this point the outbreak was concentrated in the Northeast, with other geographical clusters seen in Louisiana and Georgia. Areas with high growth of new cases are now more geographically dispersed. 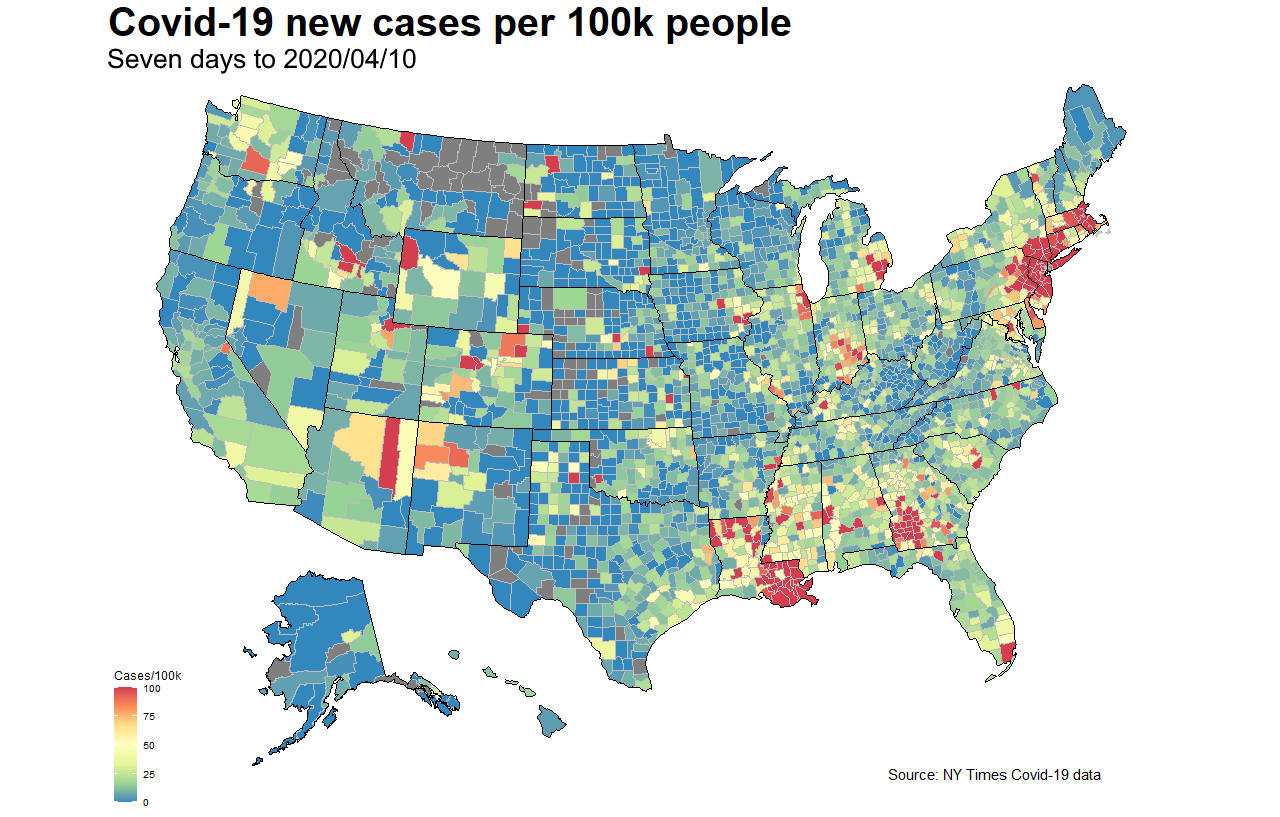 As the United States pushes ahead with reopening its economy ahead of much of the rest of the world, the growth of new cases across the country will give pause to those elsewhere calling for a more aggressive approach to reopening.

The code and data used to create this post can be found in this GitHub repository.

This update link alerts you to new Silvrback admin blog posts. A green bubble beside the link indicates a new post. Click the link to the admin blog and the bubble disappears.